Are you looking for raptor bird charms to complete your jewelry or crafting design? Charm bracelets look so much better if embellished with appropriately themed sterling silver charms, more so if you have a bird-themed bracelet, necklace, or earring project. Xinar.com has a growing collection of high-quality raptor bird charms at wholesale charms prices. Our extensive jewelry-making supplies catalog also offers other 925 sterling silver charms, beads, and findings for every crafting project.

Xinar has been providing consistent quality to our customers since 1998. Over twenty years of experience has given us a keen eye for jewelry-making supplies that make crafters’ lives easier. Whether you are a seasoned professional jewelry designer  or a complete beginner, everyone is welcome to explore and complete their artistic visions with our collections of charms.

Make casual, DIY crafting at home even better with well-details charms and pendants from the U.S. All our silver charms are caster by a U.S. manufacturer with highly skilled silversmiths who use the lost wax casting process. The process of making these flawless charms is complex. The process begins with the silversmith creating the master for each charm.

This requires the close attention of the smith because the master will determine the appearance of the rest of the charms in the same series. The next step is creating the master mold for each charm so molten silver can be poured, and the treats are finally created.

When the silver charm has cooled sufficiently, it has to be despurred and then polished to the classic, beautiful finish that you see on each Xinar charm. That is a fantastic amount of work to place a small charm on someone’s wrist or neck – and we’re proud of the amount of detail on each appeal, too.

What is the Cultural Significance of Raptors or Birds of Prey?

Birds of prey include owls, hawks, and hawklike birds such as vultures, osprey, eagles, harriers, and falcons. Raptors, a Latin word that means “plunderer,” refers to birds of prey, particularly hawks and their cousins. Falconiformes is the scientific term for a group of birds that includes hawks. Hawks are “diurnal,” which means they are active during the day. There are around 280 species of diurnal birds of prey worldwide, ranging in size from the little 3- to 8-ounce sharp-shinned hawk found from Alaska to the southern United States to the massive 20-pound harpy eagle found in South America.

Hawks and owls are not closely related, despite having similar hunting adaptations. Predators have unique hunting characteristics and adaptations that set them apart from other birds. Strong legs, powerful feet with sharp talons, a hooked mouth to rip prey, good eyesight, and excellent flying abilities distinguish raptors. Female and male birds of prey are sexually dimorphic, which means they are of different sizes. Females are approximately one-third larger than males. A tiercel is a male bird of prey whose name comes from the Latin word Tertius, which means third.

Females are more aggressive hunters than males due to their greater size. They are popular falconry birds because of their great strength and hunting ability. Because they lack fundamental raptor qualities, other birds such as warblers, vireos, and shrikes that catch insects and herons that catch fish are not called birds of prey. Predatory birds such as hawks and owls exist.

Birds of prey have long been a component of ancient civilizations’ lives and cultures. Eagles, hawks, falcons, vultures, and owls were symbols of monarchs and immense power in religious rites and deities. Eagles were loved and worshipped by ancient civilizations in western Asia, notably Sumeria, Babylonia, and Assyria, for their enormous strength and power. The falcon was a famous symbol in Egypt as far back as 10,000 years ago. Falcons were frequently represented as kings in Egyptian hieroglyphics. Egyptians buried falcons in their tombs and worshipped them in their temples.

Predatory birds played an essential role in Greek and Roman civilizations. Alexander the Great is depicted on coins from the fourth century B.C. with a falcon on his fist, demonstrating that falcons were used for hunting in Grecian times. Owls were symbols of sorrow and death for the Romans, probably because of their nocturnal habits and sneaky hunting techniques.

Even today, owls are associated with paranormal activity and mystery. Predatory birds were likewise essential to New World cultures. For example, birds of prey drawings, such as hawks, eagles, and condors, discovered textiles and stone sculptures from ancient Andean societies.

The Pueblo Indians of North America kept raptors in captivity and used their molted feathers for decorations and ceremonial ceremonies. The Maya and Aztecs of Mexico utilized birds of prey to portray their gods. In addition, hawk and eagle feathers were regarded as magical properties by some Plains Indians.

The art of falconry, or raptors for hunting, is related to birds of prey, particularly falcons. This game was popular with all classes of society in Europe from 500 to 1500 A.D., when it was at its peak. Today, falconry is still practiced and is permitted in many jurisdictions. However, falconers must complete numerous training in the care and handling of the birds before being granted a license.

Falconry has unknown beginnings, but it is thought to have begun in China, where cormorants were trained to dive into the sea and catch food for their human owners. So someone who grabbed a falcon or eagle and realized the raptor, like the cormorant, could help catch food could have been the first falconer.

When Crusaders returning from the East brought trained falcons back to Europe in the 11th, 13th, and 14th centuries, falconry became popular. Nuns brought birds of prey to the chapel during this time, and a 14th-century French husband instructed his wife to take her “hawk” everywhere she went, including to church. During the Renaissance, from the 14th to the 16th centuries, the art of falconry reached its pinnacle.

View cart “Hoot Owl Charm Sterling Silver” has been added to your cart. 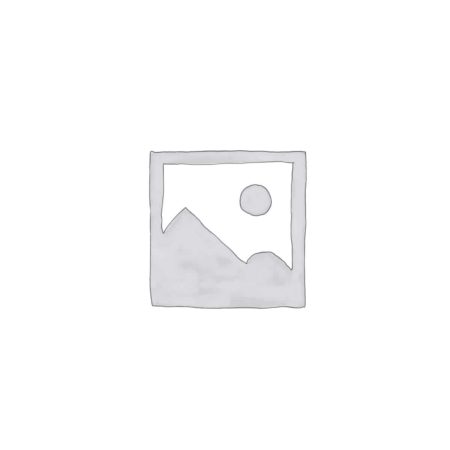